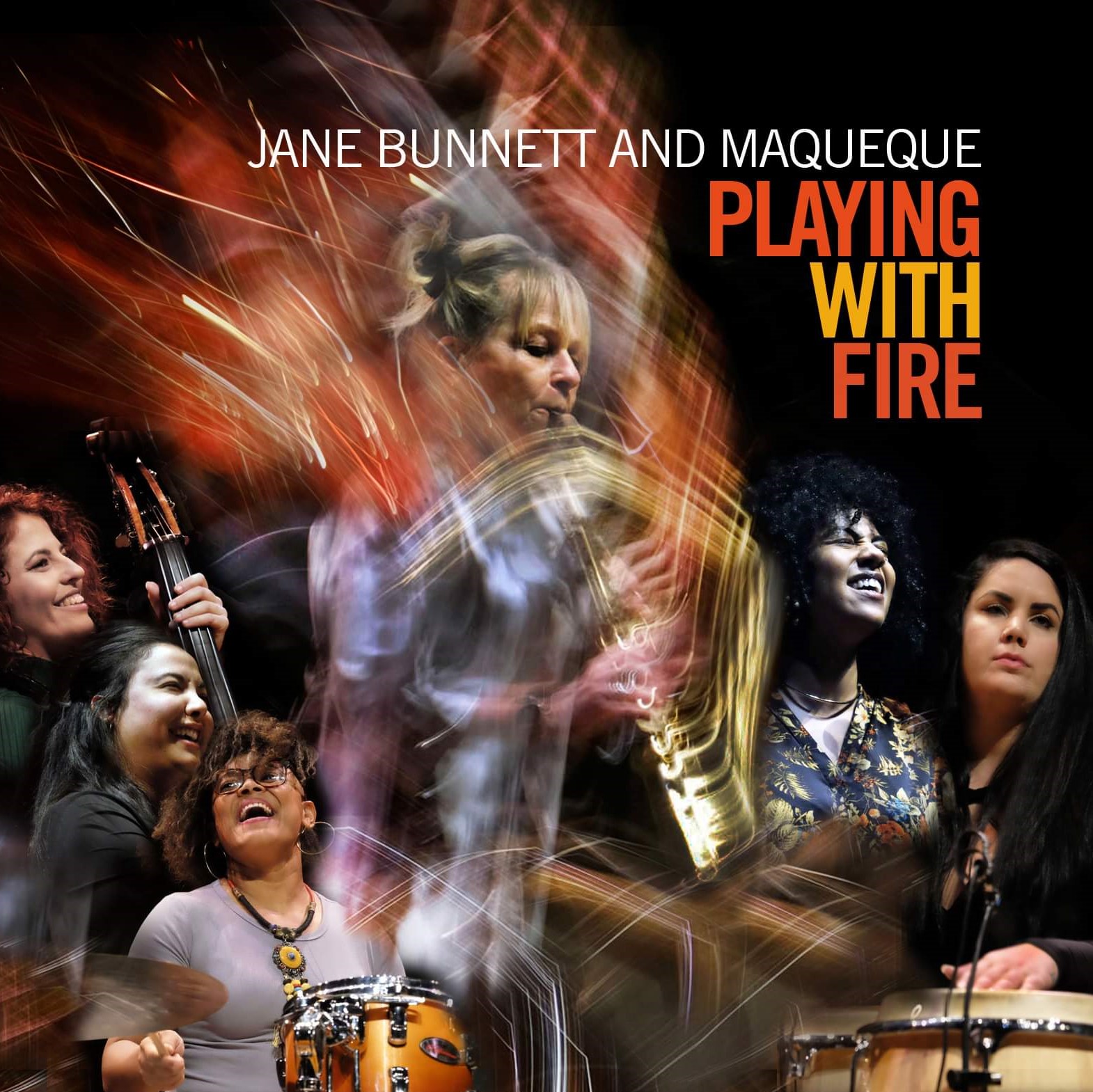 Listen to the Single
"Human Race"

By now the international Jazz community knows the story that Maqueque came out of a jam session at the Cohiba Hotel in Havana that introduced renowned Jazz musician Jane Bunnett with young women musicians and composers who had recently graduated from the Cuban conservatory. Over ten years the band has created opportunities for composing and performing extraordinary Jazz that has taken this all female ensemble around the world and has expanded to include not only women players from Cuba, but also brilliant vocalist Joanna Majoko (from Zimbabwe) and has had musicians from the Dominican Republic, Latin America, Spain and Lebanon.

The band has won a Juno Award, was nominated for a Grammy and annually tours Europe, Latin America, the US and Canada. Downbeat Mag picked this group as one of the Top Ten Touring Groups of 2019. NPR has featured the band in specials and they have done a Tiny Desk Concert.

On PLAYING WITH FIRE The evolution of this all female Cuban-based collective continues with the addition of 19 year old violinist Daniela Olano, sister of the band’s co-founder and pianist Danae Olano, and a very special guest guitarist Donna Grantis. As a member of 3rdeyegirl, Donna performed for many years with legendary artist Prince.

“Donna’s sound and textures kept haunting me in my new music and l think the final results are beyond beautiful,” says Jane Bunnett. The result is “A God Unknown,” “A Human Race” and “Sierra.” Also reimagined by the collective are two surprising reworkings of Jazz classics “Tempus Fugit” by pianist Bud Powell and “Jump Monk” by Charles Mingus.

Jane Bunnett & Maqueque
Playing With Fire at the Elmocambo
Sept 15, 2022